THERE HAS BEEN much concern over the immigration problem in the UK lately.  Well, this is nothing new.  In the 7th century AD it was identified as a problem by the Venerable Bede (aka St Bede), a monk of the monastery of St Peter at Monkwearmouth (Jarrow) in Northumbria. He described the coming of the Anglo-Saxons in the 5th century (in his  Adventus Saxonum) in the following terms:

“The newcomers came from three very powerful nations of the Germans, namely the Saxons, the Angles and the Jutes. From the stock of the Jutes are the people of Kent and the people of Wight, and that which in the province of the West Saxons is to this day called the nation of the Jutes, situated opposite that same Isle of Wight. From the Saxons, that is, from the region that now is called that of the Old Saxons, came the East Saxons, the South Saxons, and the West Saxons ….. In a short time, as bands of the aforesaid nations eagerly flocked into the Island, the people of the newcomers began to increase so much that they became a source of terror to the very natives who had invited them.” 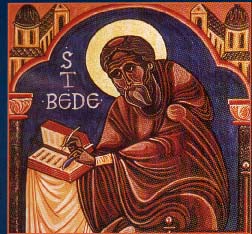 Bede is widely regarded as the greatest of Anglo-Saxon scholars and known as the ‘Father of English History’.   Almost everything that we know of his life is contained in the last chapter of his Historia ecclesiastica gentis Anglorum (The ecclesiastical history of the English people – written in Latin of course). It was completed in about 731. Bede implies that he was in his 59th year then, hence the supposed date of his birth as 672. 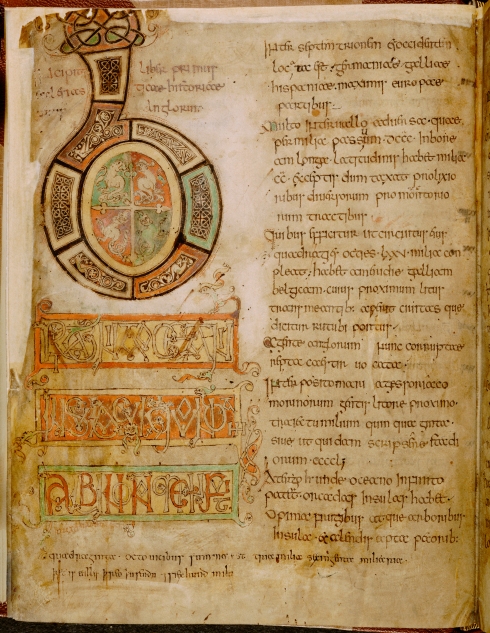 Bede was the only native of Great Britain to be made a Doctor of the Church – in his case, by Pope Leo XIII   (Anselm of Canterbury also received the honour but he was an Italian by birth).

Just out of interest, Bede’s adoption of the dating anno domini (AD) in his De Temporum Ratione is the reason we use it today. It was, in fact, a third method of dating invented by Dionysus Exiguus in AD 525.  More recently, in the 19th century (although it does date back to the 17th century), Jewish academics adopted Common Era – or Christian Era or Current Era (CE) instead of AD, and BCE for Before Common Era instead of BC (Before Christ).  Call me old fashioned, but I cannot change a habit of a life-time and will stay with good old AD and BC.

Bede’s tomb is in Durham Cathedral – he’s been there since 1022 and was moved to the Galilee Chapel of the Cathedral in the 14th century. You might not be very interested in that, but at least now you know. He obtained the name ‘Venerable’ after his death – it was simply written on his tomb:  HIC SUNT IN FOSSA BEDAE VENERABILIS OSSA
Here are buried the bones of the Venerable Bede – and it ‘caught on’ as they say. 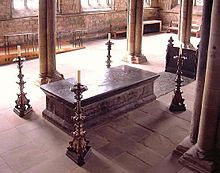 Bede’s tomb – pride of place in the Galillee Chapel

My young cousin, Thomas, was telling me that he and his two friends, Richard and Harry, had been to a party.  After the party Thomas drove them all back to the hotel. The hotel was 90 floors high and their room was on the top floor.

Unfortunately for them, the lift (elevator) was not working.  So to while away the time they made a plan that for the first 30 floors Richard would tell jokes. The second 30 floors Harry would tell a happy story, and for the last 30 floors Thomas would tell a sad story. They then started up the stairs and Richard began.

Well-over an hour later, it was Thomas’s turn. He turned to the other two and said “Okay guys, here’s my sad story ….. I left the room key in the car.”

One thought on “The Venerable Bede on immigration”