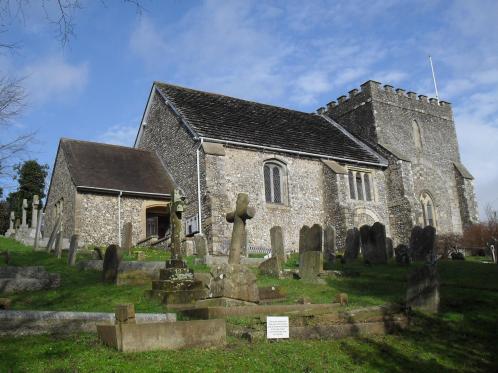 EDWARD THE CONFESSOR (1042-1066) gave the parish of Bramber (and nearby Steyning) to the Abbey of Fecamp in Normandy. As seen in the first blog (if you have been paying attention), when William the Conqueror took his place as King of England he granted the ‘Rape’ of Bramber to William de Braose but the monks of Fecamp still claimed rights to the land (see ‘Historical Note’ below). In 1073, de Braose, in competition with the Abbey of Fecamp,  built the church of St Nicholas, just outside his castle’s gatehouse, for Beneditine monks of the Abbey of St Florence (Florent) at Sanmur in Anjou.  In 1080, those monks moved from St Nicholas and established themselves at the Priory of Sele in Beeding (village next door) but St Nicholas remained as a religious centre for the occupants of Bramber.

Historical Note (not that the rest of this is not historical you understand): After Edward the Confessor died, new king, Harold, decided to cut Fecamp’s ties with St Cuthman in Steyning (along the road from Bramber – pay attention). William of Normandy (he hadn’t been upgraded to ‘Conquerer’ yet) was furious and planned retribution.  And so Steyning maybe accountable for the cause of the Norman Conquest ………. 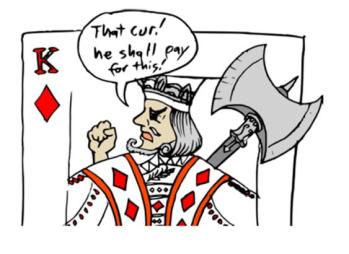 Anyway, in 1085, William le Conq belatedly re-confirmed Fecamp Abbey’s claim to St Cuthman Church (now St Andrew’s in Steyning). This was not a good thing as it was to lead to various disputes between the Abbey’s monks at St Cuthman  and Billy de Braose (we’ll call him Will de B). In fact, 3 court cases came to pass in 1086. The first involved the monks successfully stopping Will de B charging a 2d toll at Bramber bridge for boats to pass through to the Steyning port. In the second case, Will de B was ordered to fill in ditches he had dug to allow water from a tributary of the River Adur to flood the east side of the moat of his castle and to make it easier for water transportation to the castle. In both cases the monks of St Cuthman claimed they had the rights to the river – and the court obviously agreed. In the third case, the monks considered they had the rights to bury the Bramber dead at St Cuthman – and receive the burial fees. Again they were successful and burials at St Nicholas had to be dug up and reinterred at St Cuthman – along with payment of the burial fees. Monks with a mission! 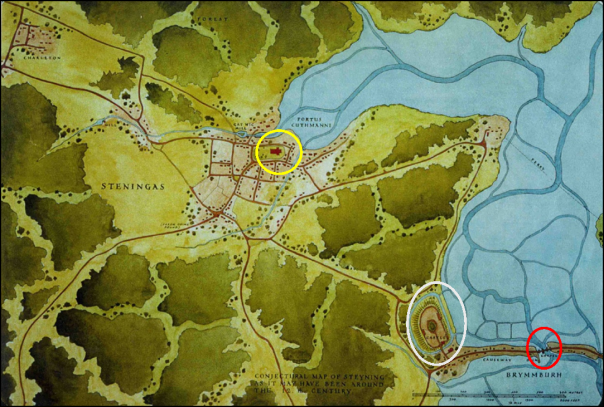 Plan of St Nicholas over the years

See the above plan of St Nicholas over the years. The north and south transepts have disappeared entirely and the east apse was replaced with a chancel (in or around 1250), which has also since disappeared (after the civil war in the 17th century).  Arches of all three are still visible on the outside walls.  The single aisle and tower are original structures (well, the tower has needed some repairs – see pic below). 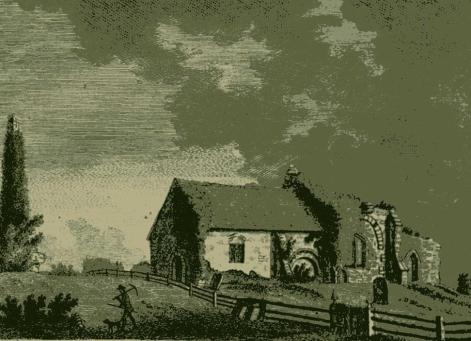 In 1459, the Priory link with monks was dissolved and the church (& Priory at Sele) was granted to St Mary Magdalen College, Oxford, by Henry VI (at bequest of William of Waynflete, Bishop of Winchester).  It had now obtained full status as a parish church.

As a result of the dissolution of monasteries in 1538 the church became  the property of the Crown, who granted it to Richard Andrews and Nicholas Temple, who sold it to Owen and Clement Oglethorpe, who re-granted it back to Magdalen College in 1546, where it remained until 1952.  It then passed to the Bishop of Chichester, who holds it today. 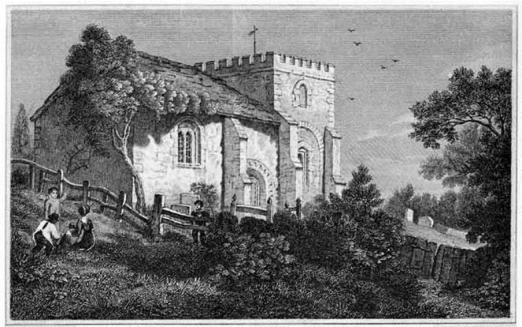 St Nicholas in the 19th century

The church was damaged during Civil War (c1643) and it took many years for it to be fully repaired.  The materials from the wrecked chancel were utilised to repair the tower.  In 1931, the vestry was added to west side of the church.

Inside the church is a fine arch with two original Medieval carvings on its capitals. The left column said to be one of only three examples of Norman 11th century figured sculpture in the country. The right column carving is most likely 14th century and has a Maltese cross which associates the church with the Knights Templars who occupied the village around that time (see pictures on link below).

As is rather obvious, the church has fared somewhat better than the castle (see previous blog if you don’t believe me) and is still in use today.

Click here for another link to a site regarding the church.

Next: Ghosts of Bramber Castle …….. and another extract from Artemus Smith’s notebooks (talking of which …..)

I continue my research of the notebooks of Dr Artemus Smith, archaeologist of great courage, determination and fiction (see last blog). Here is another extract:

I had been working on a survey of a churchyard in Vienna.  On the first day I could hear music which was emitting from the gravestone of none other than Ludwig van Beethoven.  Being familiar with his work, I soon realized was that it was his Ninth Symphony, but it was playing backwards!  After luncheon, I returned to hear his Seventh Symphony, again, playing backwards.  Curious as I was, I sought the graveyard’s caretaker.  On our return to the headstone, the Fifth Symphony was playing, as I expected, backwards.  I asked the caretaker whether he could provide a suitable explanation.

“Nothing to worry about” he said, “He’s just decomposing.’’ 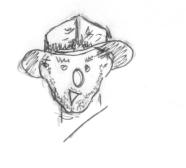