CONTINUING my long overdue visitations of some Sussex sites (last week the Booth Museum, Brighton), I came upon Herstmonceux Castle, near Hastings in East Sussex. Actually, some Canadian students had recently attended a talk I had given on Maritime Archaeology at the Brighton Divers Club at Brighton Marina and I had met up with Dr Scott Mclean who teaches Archaeology and History at the Castle. Teaches at the Castle? Yes, in fact it’s the Bader International Study Centre of Queen’s University in Canada. In 1992, Alfred Bader wanted to buy the Castle for his wife (some people just buy their wives flowers) but she complained that there were too many rooms to clean!  And she would be cleaning them??  Bader, an alumni of Queen’s University, then liaised with the Principal of the University and ‘hey presto’, the International Study Centre was set up in 1994 (its name was changed to incorporate Bader’s name in 2009).

The Castle’s name derives from the owners of the original building around the 12th century. A Norman nobleman, Ingelram de Monceaux, was married to one Idonea de Herst and the manor was called Herst de Monceux (makes sense). The Castle (although it’s not really a defensive castle – more of a palace) as it appears today in its red brick was built in the Tudor period in 1441  at the cost of £3000 by Sir Roger Fiennes (a familiar name), who was the Treasurer to Henry VII. 100 years later in 1541, Sir Thomas Fiennes, aka Lord Dacre, was unceremoniously hanged having been found guilty of the death of a gamekeeper of a neighbouring estate (naughty Sir Thomas had been poaching deer from his neighbour). Although the house/castle was confiscated by Henry VIII, it was returned to the Fiennes family after the King’s death and remained so until 1708 when Thomas Leonard, 15th Baron Dacre (and 1st Earl of Sussex) sold it to a lawyer, George Naylor. George’s half-brother, Robert, took possession of it in 1775 and began dismantling it leaving only its external walls (don’t even ask why).

Whilst still a ruin in 1807, it was bought by Thomas Read Kemp whose father (Thomas Kemp Sr) owned a farmhouse in Brighton rented by the Prince of Wales – the same building which was to become the Royal Pavilion (quiz trivia for you). It (the castle not the Royal Pavilion) remained a ruin until 1911 when it was purchased by the MP Lt Colonel Claude William Henry Lowther who began to restore it. This restoration was not completed until 1933, when it was under the ownership of Sir (Herbert) Paul Latham (whose architect, Walter Godfrey, wrote various books and articles on Sussex history published by, among others, the Sussex Archaeological Society). Now Latham was an interesting – if that is the correct word – character. In 1931 he became MP for Scarborough and Whitby and, even though he was exempt from military service during WWII, he joined the army only to be arrested for ‘improper behaviour’ with three soldiers and a civilian. He was the first MP to be court-martialled for ‘indecent conduct’ (10 charges) for over 100 years. He attempted suicide by riding his motorbike into a tree – attempted suicide was illegal then and so he was charged and found guilty of that as well. He was dishonourably discharged from the army and spent two years in prison and, needless to say, resigned his seat in Parliament. Not a very successful career. 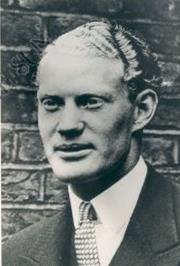 In 1946, the Admiralty purchased the Castle and, in 1957, made use of the observatory in the grounds. It remained the Royal Greenwich Observatory until that moved to Cambridge in 1988. The Castle then sat lonely and empty until its banner was taken up by Alfred Bader who refurbished it into the magnificent building it is today.

The Observatory in the grounds of the Castle

The Castle and grounds are also open to the public – click here. For more info on the Bader International Study Centre at the Castle, Click here

Next week: The Mary Rose

I was at a talk on the First World War the other day and it was mentioned that the number plate of the car in which Archduke Franz Ferdinand was in when he was assassinated was AIII 118.  That is A 11 11 18 – Armistice 11th November 1918

I was visiting a jungle outpost to meet a retiring colonel CO. After a welcoming (gin and tonic), the retiring colonel said, “You must meet my Adjutant, Captain Jameson. He’s my right-hand man, and he’s really the strength of this office. His talent is simply boundless.”

Jameson was summoned and introduced to me and I was very surprised to meet a humpbacked, one eyed, toothless, hairless, scabbed and pockmarked specimen of humanity, a particularly unattractive man less than three feet tall.

The colonel said, “Jameson, old man, tell Smith about yourself.”

“Well, sir, I graduated with honours from Sandhurst, joined the regiment and won the Military Cross and Bar after three expeditions behind enemy lines. I’ve represented Great Britain in equestrian events, and won a Silver Medal in the middleweight division of the Olympics. I have researched the history of…..”

Here the colonel interrupted, “Yes, yes, never mind that Jameson, he can find all that in your file.  Tell him about the day you told the witch doctor he was a joke.” 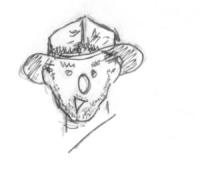