QUITE A FEW people have been following BBC’s Wolf Hall and it has received great reviews. I’ve read both books and found them most intriguing, but I was not sure how easy they would convert to TV – especially into just six episodes!  When I saw the first instalment  I think ‘rather slow’ came to my mind.  Also, Mark Rylance, I believe, is an undisputed great on the stage (and I’ve seen him there), but he appeared a little uncomfortable in front of the camera (or maybe that is how he thought Cromwell would be).  Saying that, he sort of reminds me of Michael Kitchen’s Foyle of Foyle’s War (and that’s a compliment – although it’s not exactly how I envisaged Cromwell). Then there’s Damian Lewis – yes, another fine actor and, although English himself, far too type-cast as an American to justify an impersonation of a king of England (in my opinion).  Despite that, and despite the fact that Henry the Large, Anne B, and Uncle Tom Cromwell and all have been somewhat flogged to death on the screen over the years, Wolf Hall still grabbed my attention.

Anyway, if I haven’t already alienated you with my opinion of the TV Prog/actors, and if you haven’t seen it yet and don’t want the plot ruined (well, not so much Wolf Hall plot, but the general Anne B intrigue), STOP READING NOW and return into hibernation. 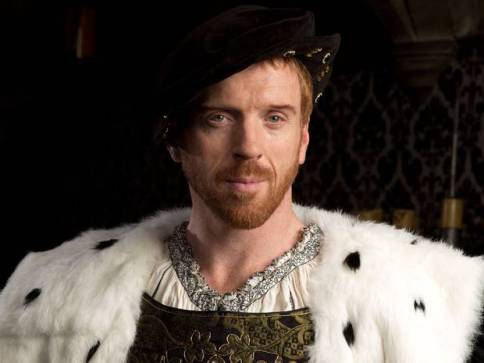 So who was to blame for Anne’s downfall in 1536?  Henry?  Cromwell? Or Anne herself?  The scriptwriters, in general, will have it down to Cromwell with much help from Anne.  A villain is always needed and Cromwell is convenient. Violence is also a need but that was already there – heads rolling around … but not with laughter.  All the film/TV makers now needed was the sex.  Enter adultery and incest . Yummy – money in the bank.  But did Anne really commit all those naughty acts? Who was really to blame for her demise?

First, let’s blame Anne. She came from an ambitious family, notorious for scheming and so it was in her blood. She was clever – perhaps too clever – and ruthless, but not, I think, so much so to cross that line into incest with her brother, George.  The Countess of Worcester was accused of ‘hanky panky’ with courtiers and claimed she was no worse that the Queen (or words to that effect).  Then there was the overheard damning conversation with Sir Henry Norris in Queen Anne’s chamber. She had asked Norris why he hadn’t married and he replied he would wait awhile. Anne responded with, “You look for dead men’s shoes for if ought came to the king but good, you would look to have me.”  Treasonous words!!  But who reported hearing them?  Anne’s lady-in-waiting, Madge Shelton? Well, Norris was supposed to be courting her, so a woman scorned perhaps? Or maybe it was  the gossipy Lady Worcester diverting her own infidelities.  If Anne had been messing about with others she must have realised she was playing with fire – it just doesn’t add up. 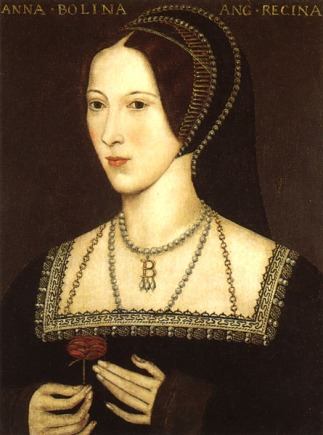 So, let’s blame Henry.  Anne couldn’t give him the male heir he was so desperate for and he was nearly 45 years old and …. well, not that old, but was getting worried.  He had wasted some 24 years waiting in vain for Catherine of Aragon to do the noble ‘thing’. ‘Been there, done that’, he may have been thinking. He also had taken a fancy to one Jane Seymour (she of Wolf Hall in case you were wondering where the name came from) but that was nothing new and she would have been fine as a mistress one may think. So, how to rid himself of Anne?

One suggestion was that he accused her of witchcraft.  It was a Medieval theory that miscarriages only happened to evil women – women who committed adultery, incest or even witchcraft.  This was Anne’s second miscarriage (well, stillborn … and male) and Henry may have caught on to this Medieval bunkum and preferring the witchcraft route (adultery suggested he wasn’t ‘up to it’), he spread rumours that Anne had cast a spell on him to marry her so it was without his consent.  Yeah, right.  He was obviously hoping his Ecclesiastical court would wave a magic wand to relieve the spell with the magic words, “I divorce thee”. (Actually Canon Law in England at the time did not recognise divorce – both Henry’s ‘divorces’ were, in fact, annulments).

What is rather strange is that it has been reported that Henry and Anne appeared to be contented with each other a couple of weeks before her arrest. This may have meant Henry was faking it (contentment that is) or possibly implying some third party intervention………. 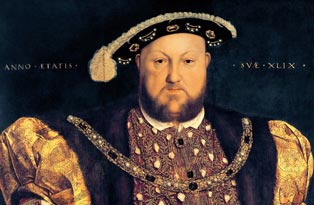 Henry the Ate (a lot)

Okay, let’s blame Cromwell.  But why?  Well he has the villain’s black hat for a starters. But what had he to gain from the downfall of Anne?  In fact, if he was the instigator and he had failed, his head would have been on the block, as they say, literally (I know it was later but that was …… later).  He already had as much power as he needed and I don’t believe Anne was a threat to that.  Alternatively, was he simply told to compound evidence against Anne by Henry?  Cromwell took sick-leave for a couple of days (21-22 April) just after Anne’s miscarriage, and shortly after his return he had Mark Smeaton, the king’s musician, arrested for adultery with Anne. She was arrested just after that on the 2nd May. 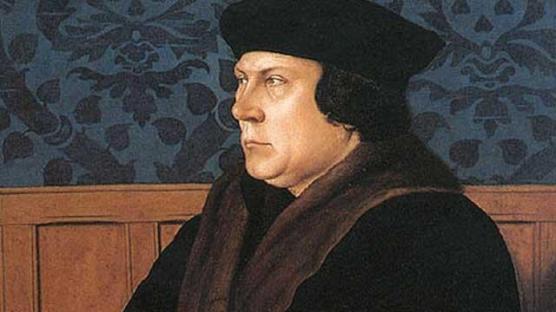 What is the conclusion then? We can never be sure, of course, but I’ll put my money on Henry commissioning Cromwell to find the evidence of adultery.  Henry needed to move on to seek his male heir elsewhere and quickly.  Jane Seymour was in the ‘right place at the right time’ (unless you were Jane Seymour – see footnote below).  I don’t think Cromwell wanted the job of bringing Anne down or to be in such an unenviable position, but he had to follow the king’s bidding. There is a letter he wrote to Eustace Chapuys, the ambassador of Charles V, ruler of the Holy Roman Empire, saying that he (Cromwell) had been commissioned by the king to conspire and think up the affair of Anne’s adultery. Cromwell duly obtained a confession of carnal cavorting with Anne from Smeaton (how, we don’t know – torture maybe ….. threat of several weeks of listening to the king sing perhaps?). 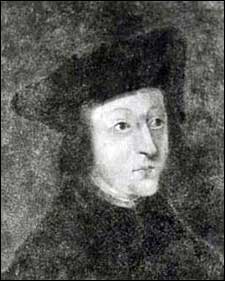 Spoiler alert – if you don’t  want to know what happened TURN AWAY NOW:               Anne got the chop (yes, I knew you knew that).  Despite denials, two others were found guilty of ‘dallying’ with the Queen, Sir Francis Weston and Sir William Brereton, who, along with Norris and Anne’s brother, George, also went to the executioner. Everyone else lived happily ever after ….. well, not quite – in fact, nothing like.

The day Anne was executed, Henry was out riding with Jane Seymour. You can imagine the conversation:

Seymour: “How has your morning been my Lord?”

Henry:  “Such turmoil. First I lost my cod-piece; then I lost my wallet; oh, and my wife lost her head.”

Two weeks after Anne’s departure, Henry married wife number three, Seymour … and then they all live happily ever after. Well, no. Mind you, what was Jane Seymour thinking?  Henry’s first marriage with Cathy of Aragon had been annulled against all odds and she died in January 1836. Henry’s second wife, Anne, died four months later.  Was this a ‘Jonah marriage’ or what?  Indeed, Jane died in October the following year (having dutifully produced the required male heir, Edward [VI to be, albeit briefly]).  But still there were game young fillies out there prepared to marry Henry the Unlucky (three of them anyway). It all reminds me of Nat King Cole’s  song, ‘Let’s Face the Music and Dance’ which would have been more appropriate for Henry to have composed, particularly with its very first line, ‘There may trouble ahead’.

Next week: The Parthenon at Athens – now and then

I heard of an arrangement my good friend, Rev. Arbuthnot Smythe-Harcourt, had had with his son. The boy had just passed his driving test and inquired of his father as to when they could discuss his use of the family car.
His father said he’d make a deal: “You bring your grades up from a C to a B average, study your Bible a little, and get your hair cut. Then we’ll talk about the car.”
The boy thought about that for a moment, decided he’d settle for the offer, and they agreed upon it.
After about six weeks his father said, “Son, you’ve brought your grades up and I have observed that you have been studying your Bible, but I’m disappointed you have not had your hair cut.”
The boy said, “You know, Dad, I’ve been thinking about that, and I’ve noticed in my studies of the Bible that Samson had long hair, John the Baptist had long hair, Moses had long hair… and there is even strong evidence that Jesus had long hair.”
His father thought for a minute and then replied:
“Did you also notice that they all walked everywhere they went?” 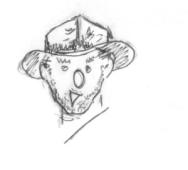